It’s not that the earth needs us, it’s that we need the earth.

After the sweltering summer of 2021 with a record high temperature, the northern hemisphere has ushered in a cold winter, and it has snowed a lot, even in the Sahara Desert, one of the hottest places on earth. On the other hand, the southern hemisphere has ushered in scorching heat, with temperatures reaching 50°C in Western Australia, and giant icebergs in Antarctica have melted. So what happened to the earth? Why do scientists say the sixth mass extinction may have come?
As the largest desert on earth, the climate of the Sahara Desert is extremely dry and hot. Half of the region receives less than 25mm of annual rainfall, with some areas even receiving no rain for several years. The annual average temperature in the region is as high as 30 ℃, and the average summer temperature can exceed 40 ℃ for several consecutive months, and the highest recorded temperature is even as high as 58 ℃. 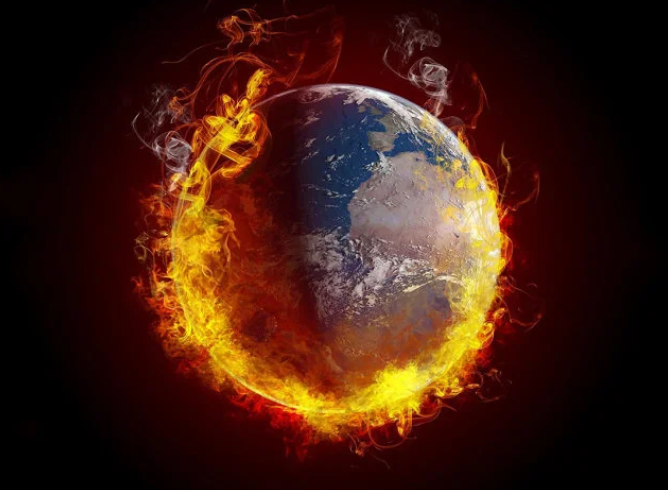 But in such an extremely hot and arid region, it has rarely snowed this winter. The small town of Ain Sefra, located in the northern Sahara Desert, snowed in January this year. Snow covered the golden desert. The two colors were mixed with each other, and the scene was particularly peculiar.
When the snow fell, the temperature in the town dropped to -2°C, a few degrees cooler than the average temperature in previous winters. The town had snowed four times in the 42 years before that, the earliest in 1979 and the last three in the last six years. 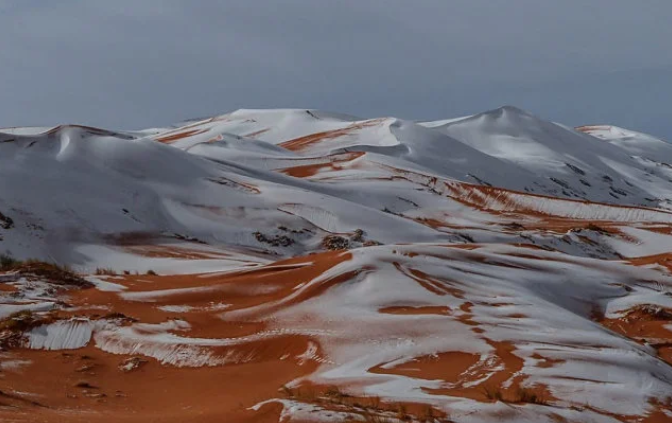 Snow in the desert is very rare, even though the desert is very cold in winter and the temperature can drop to below zero, but the desert is very dry, there is usually not enough water in the air, and there is very little rain and snow. The snowfall in the Sahara Desert reminds people of global climate change.
Russian meteorologist Roman Vilfan said snowfall in the Sahara Desert, cold waves in North America, very warm weather in Russia and Europe, and heavy rain that caused floods in Western Europe. The occurrence of these abnormal weather is becoming more and more frequent, and the reason behind it is climate change caused by global warming.

At the southernmost tip of the earth, the situation is not optimistic. In 2017, the giant iceberg numbered A-68 broke off from the Larsen-C ice shelf in Antarctica. Its area can reach 5,800 square kilometers, which is close to the area of Shanghai.
After the iceberg broke off, it has been drifting in the Southern Ocean. It drifted a distance of 4,000 kilometers in a year and a half. During this period, the iceberg continued to melt, releasing as much as 152 billion tons of fresh water, which is equivalent to the storage capacity of 10,600 West Lakes.

Due to global warming, the melting of the north and south poles, which are locked in large amounts of fresh water, is accelerating, causing sea levels to continue to rise. Not only that, but warming ocean water also causes thermal expansion, making the ocean bigger. Scientists estimate that global sea levels are now 16 to 21 centimeters higher than they were 100 years ago, and are currently rising at a rate of 3.6 millimeters per year. As the sea level continues to rise, it will continue to erode the islands and low-elevation coastal areas, threatening the survival of human beings there.
Human activities not only directly invade or even destroy the habitats of animals and plants in nature, but also emit a large amount of carbon dioxide, methane and other greenhouse gases, causing global temperature to rise, resulting in climate change and extreme climates becoming more likely to occur.

It is estimated that there are about 10 million species currently living on Earth. But over the past few centuries, as many as 200,000 species have gone extinct. Research shows that the current rate of species extinction on the earth is faster than the average rate in the history of the earth, and scientists believe that the sixth mass extinction may have come.
In the past hundreds of millions of years on the earth, dozens of species extinction events, large and small, have occurred, including five extremely severe mass extinction events, causing most species to disappear from the earth. The causes of the previous species extinction events all came from nature, and the sixth is believed to be the cause of human beings. Humanity needs to act if we don’t want to go extinct like 99% of Earth’s species once did.